Port Harcourt is the capital and largest city of Rivers state, Nigeria. It is the home of Bole festival, with a population of about 1,865,000 people as of 2016. The area was previously part of a fishing settlement called Borokiri as well as farmlands of the Diobu village group in Ikwerre. 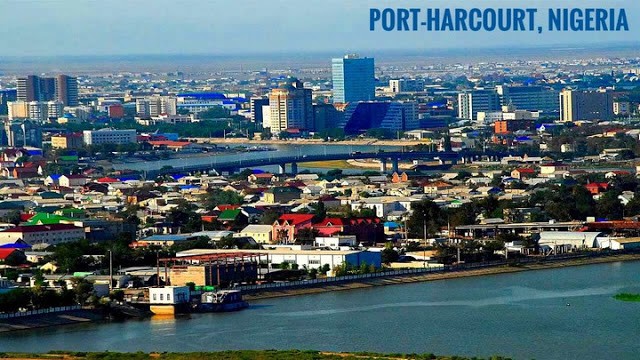 According to Wikipedia, Port Harcourt was founded in 1912 by Frederick Lugard, governor of both the Northern Nigeria Protectorate and the Southern Nigeria Protectorate. Its purpose was to export the coal that geologist Albert Ernest Kitson had discovered in Enugu in 1909. The colonial government caused the people of Diobu to cede their land, and in 1912 the building of a port-town was started. Other villages that were later absorbed into the city included Oroworukwo, Nkpogu, and Rumuomasi; In the creeks to the south of the original port were the fishing camps and grounds of the Okrika-Ijaw group.

The port was built in 1912, but wasn’t named until August 1913, when the then Governor of Nigeria, Sir Frederick Lugard, named it “Port Harcourt” in honor of Lewis Vernon Harcourt, then the Secretary of State for the Colonies. The Okrika word for the city is Hakoti Kiri or Parakot. The native Ikwerre name for the city is Igwuocha, which is the Ikwerre dialectal variant of the Igbo word “Ụ́gwụ́ Ọ́chá”.

Now we have covered some basics of the city, here are some fun facts you may be interested to know about:

What is Port Harcourt Known For?

According to Encyclopedia Britannica, Port Harcourt is one of Nigeria’s driving industrial centers known for their manufacturing of aluminum products, glass bottles and paper.

Also known as the Garden city because of its numerous avenues and ornaments, Port Harcourt is the 3rd most developed metropolis in Nigeria after Lagos and Abuja. The city dubbed Nigeria’s oil capital is arguably the oil hub of Africa.

Aside from being the oil capital, Port Harcourt is also known for the vibrant late-night activities and entertainment scene. There are several public houses, lounges, clubs, dance bars and restaurants spread out around the city.

Bole and Fish – You may have tasted it in other parts of the country; you may have liked it or you may have hated it. In PHC, however, Bole and Fish, a popular meal among the locals in the city, is a different ball game altogether.

What Language is Spoken in Port Harcourt?

English, which is the official language of Nigeria, is commonly spoken in Port Harcourt. Many people who live in Port Harcourt are highly educated and have learned English at school. Most speak English; however Pidgin English is the dominant language.

There are local dialects such as Ikwere, Ijaw, etc. Almost 70% of the population can speak or hear Igbo Language.

Should I move to Port Harcourt?

I can think of a million and one reasons to live in Port Harcourt, Rivers State, Nigeria. Aside from the fact that the city is a beautiful place to live in and it offers a different culture, there is so much going on there!

Port Harcourt city (PHC) attracts thousands of tourists a year, making it one of the most prominent cities in the country in terms of visitor popularity. From the people to the places, from the food to the drinks and from the bars to the gardens.

If you do decide to move, we curated some of the best neighborhoods to live in Port Harcourt.

Like every other city in the country’s south, religion in Port Harcourt is predominantly Christianity. Roman Catholics make up a significant portion of the Christian population. There are scores of churches, parishes and priests within the Port Harcourt Catholic diocese. The central church is the Corpus Christi Cathedral Parish in D-line. The city is also home to other Christian denominations such as Anglicans, Methodists, Baptists, Presbyterians, Jehovah Witnesses and members of Evangelical and Pentecostal groups. A very small number of residents adhere to the Islamic faith.

Most of these institutions are publicly funded, while others are run by private
entities. The University of Port Harcourt was ranked 6th in Africa and 1st in Nigeria by Times Higher Education in 2015. The federal government owned university has its main campus at Choba district.

Universities and colleges administered by the Government of Rivers State are also located in the city. They include Rivers State University, Elechi Amadi Polytechnic, Ignatius Ajuru University of Education and Rivers State College of Health Science and Technology. The notable private institutions are Catholic Institute of West Africa and Eastern Polytechnic. While the latter is the first and only private polytechnic established in the state.

Travelers to this part of the country will find lots to occupy their time. Among the places to add to your bucket list includes the Rivers State Cultural Center, Isaac Boro Garden Park, Port Harcourt Tourist Beach and Mile One Market.

There are plenty of places for foodies, too. Try their roasted bole and fish – one of the city’s delicacies – or their famous pepper soup served with a yam.